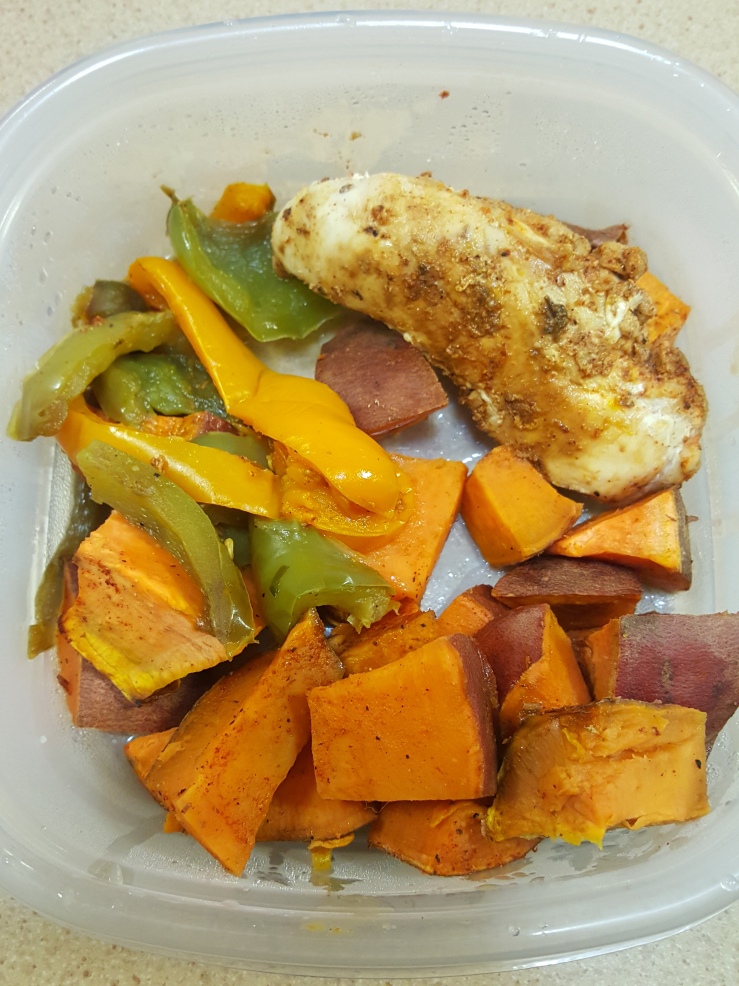 For the Fiesta Lime chicken I used frozen tyson chicken breasts, the grilled them with Bragg’s aminos and Mrs. Dash Fiesta Lime.

For the bell peppers, season with salt and pepper. Enjoy!

Check out my instagram for the video on making it. Here is the end result:

I just recently learned an easy protein pancake recipe from @videomeals on instagram.

1 scoop of your favorite protein

Here is the video on how to do it and if you don’t already follow me on instagram, do so! I post a recipes, workouts, tips etc. My username is @ruthlessphysique

There is a picture for you guys. Here are the ingredients.

ground turkey as lean as possible, all I need was one of those boxes they sell packaged at ralphs, I do not use the ones that come wrapped like a sausage.

tomato sauce, this depends on your taste I bought the biggest can they had. I also suggest making a home made tomato sauce.

1 to 1 and a half of chicken broth, or stock, once again depends on how much flavor you want. try not to make it too salty. I used chicken stock.

Put your bell peppers in boiling water for 5-7 mins to make them soft. Cut around the top to take out the middle part. Take them out and put them aside. Next put your chicken stock, veggies, ground turkey, a bit a salt in a bowl and cook it all together till the turkey meat is not pink anymore. Once that is done turn off the heat and add the tomato sauce. Set your oven to 350 degrees, and start putting the stuffing in the bell peppers, stuffing meaning your turkey meat. I put some tomato sauce in my pan then put the bell peppers on top and filled them up. Once I did that I sprinkled some Parmesan cheese on the top of each bell pepper. You’re done! Pop it in the oven and set it for 30-35 mins. Good luck!

1. Left over quinoa with mushrooms-for the quinoa I let two cups of water with half a tablespoon of chicken broth flavor and set it to boil. I dropped the quinoa and mushrooms lowered the heat and let it sit for 20 minutes. The quinoa sucks the water up and expands.
2. A few mozzarella cheese bits
3. 2 eggs 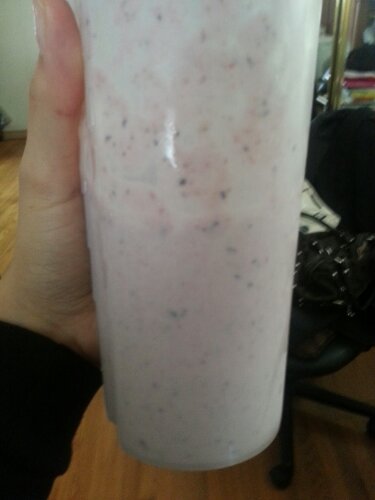 Good morning! I switched up my breakfast only because I’m out of almond milk. I used regular milk this time. Instead of a banana I switched it up to strawberries and blueberries. Remember only eat fruits in the morning and around your workouts! Today I am doing legs and abs. I’ll make sure to post my plan for that.
4 strawberries
A handful of blueberries
Cup of milk (sub almond or coconut milk)
Bag of instant oatmeal.
339 calories

I had a big and delicious breakfast. My breakfast usually consists of 1 banana, 1 cup almond unsweetened milk and instant oatmeal pack but since I know I’m working out twice today I had a big yummy healthy breakfast. 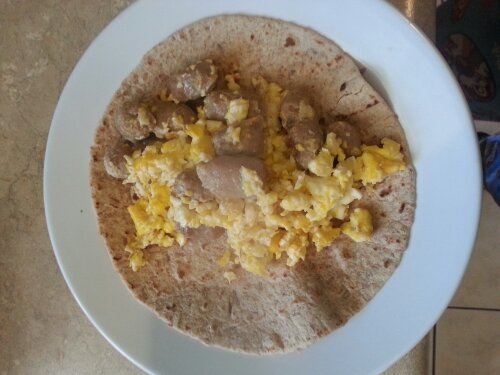 This morning before I did my first Turbo Fire class I had a pre workout of a sandwich slim with a bit of peanut butter and half a banana. I found these sandwich slims on accident when I was looking for wheat bread. Basically it’s bread sliced a lot thinner and you can use it for sandwiches or burgers. They’re whole wheat and are ONLY 90 calories for 2 slices. I count calories only because I want to know exactly what I put in my body and how much I’m burning. I would recommend getting these sandwich slims. When I first got them there was only one brand but last time I want I saw they are making more. These are good carbs, no white bread! 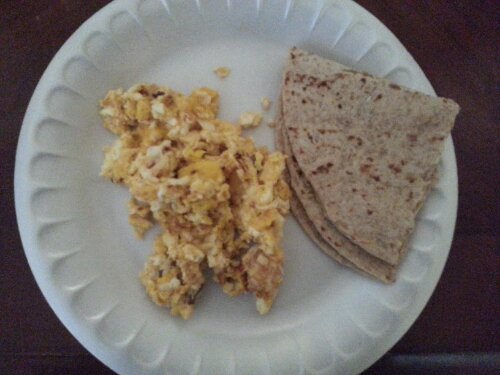 This was my post workout/breakfast I had 2 eggs with a slice of singles cheese and a whole grain tortilla. It is okay to eat an egg a day but if you have high cholesterol you might want to start with eggs whites only. I love eggs and they’re also a good source of protein. I ran out of egg whites so I just had regular eggs. On the side I also had some oatmeal with half a banana and a cup of unsweeted almond milk blended. I would say my breakfast was under 400 calories. You don’t have to count calories but if you’re looking to lose weight you have to eat a certain amount of calories a day. I don’t weigh myself because I’m not trying to lose weight I am trying to be healthy.

For lunch I had tilapia with a tiny bit of light soy sauce and Mrs. Dash chipotle seasoning. Note you don’t want to season your meat with too many ingredients. I use Mrs. Dash because it’s salt free and comes in different flavors. I had a side of cheesy brown rice I made. The brown rice I get  comes in boxes and it only takes 10 minutes to cook. I added a little bit of fat free cheese for flavoring.

For dinner I made Spanish brown rice with black beans and a turkey patty. I am still debating on working out a 2nd time tonight. Note these are all small portions. Make sure you don’t overfeed yourself. I will post the Spanish brown rice recipe soon. Keep reading!